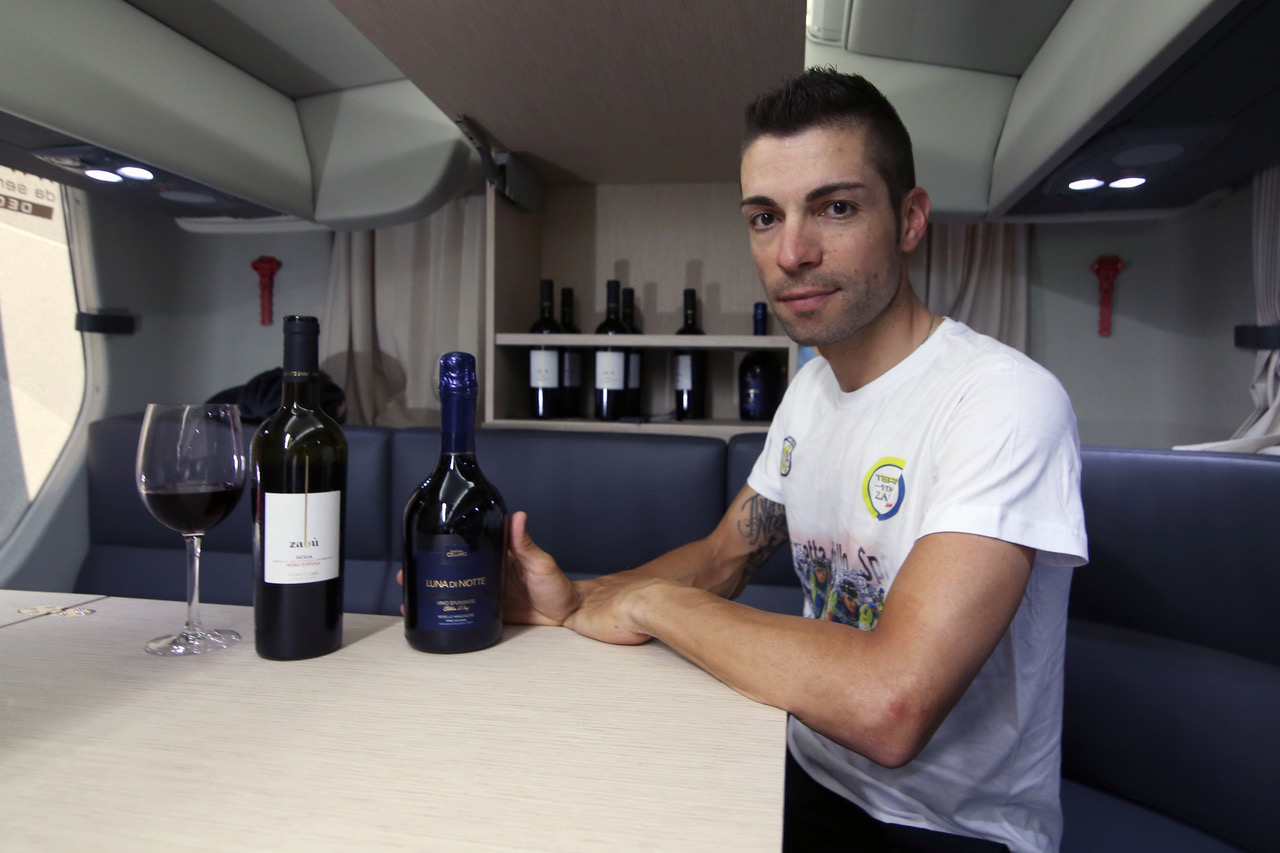 The team Vini Zabù – KTM is ready to race the Milano – Sanremo with a brand new concept of bus thanks to the restyling made by Fitlock and Yachtline.

The project and the realization of the interior design has been made by the society YACHTLINE 1618 with headquarters in Bientina, an enterprise leader in the field of interior design for yacht and luxury residences. http://www.yachtline1618.com

In the bus, after the seats for the driver and the first passenger, there are 9 seats for the riders with a rider cabinet that include helmet – holder, bottle holder and a space where to put shoes, glasses and towels for the post race.

In the central part of the bus, organized near the rear door, there are two storage furnitures next to the fridge where the riders can load their radios that are gonna be used during the race.

From this zone thanks to a sliding door there is the access to the back part where we have the toilette, the shower and a little pantry with an induction hob and a sink.

In the rear part there is also a lounge zone with the tv and a curved sofa with pillows and a folding table.

This space has been requested by the team manager Angelo Citracca as it’s gonna let riders and staff to relax and in the same time to welcome the team’s guests during the races that will be followed with some good Zabù wine as in the rear it has been included a wine cellar.

The fittings have been realized in Alpicord, a special engineered wood that allows stability and durability while the technology is the same one used in the production of the interior designs of the boats.

The products FITLOCK, patented and produced directly by Yachtline 1618, have been used for the systems of fixing and opening of the doors and closets.

TOUR DE HONGRIE: ZARDINI AND VISCONTI ON THE SPOTLIGHT IN THE QUEEN STAGE