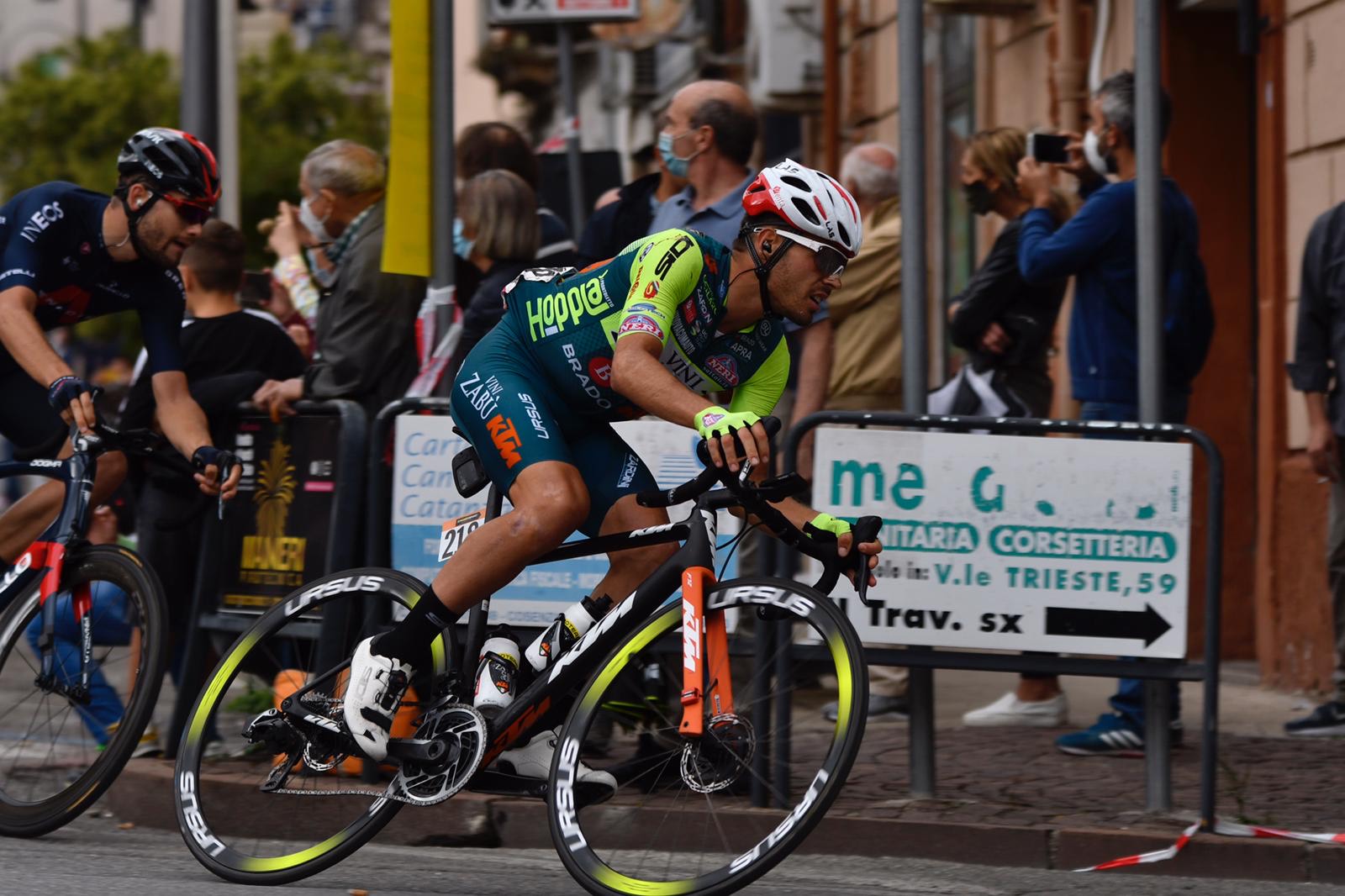 Four on four. Team Vini Zabù – Brado – KTM again on the breakaway in the 5th stage of the Giro d’Italia from Mileto to Camigliatello Silano.

After 55 kms of attacks and counterattacks Edoardo Zardini joined today’s breakaway of eight riders including the stage winner Filippo Ganna.

Zardini stayed together with the piemontese rider till 5 kms to the top of the last KOM of the day, Valico di Montescuro, and lately he was caught by the peloton.

“The condition is growing, and this is confirmed by the fact that I was into a breakaway that went trought after more than an hour of attacks on a very high pace. I had good sensations when I was climbing and this is a great sign as we are gonna face lots of mountains in this Giro d’Italia. After the lockdown and the crash I worked hard to come back on this level and I want to get better again”.

Tomorrow stage 6 from Castrovillari to Matera and a final part that suits the puncheurs.

TOUR OF QINGHAI LAKE: UMBERTO MARENGO WAS 4TH IN MINIE

Double duty for the team Neri Sottoli - Selle Italia - KTM that, at the…