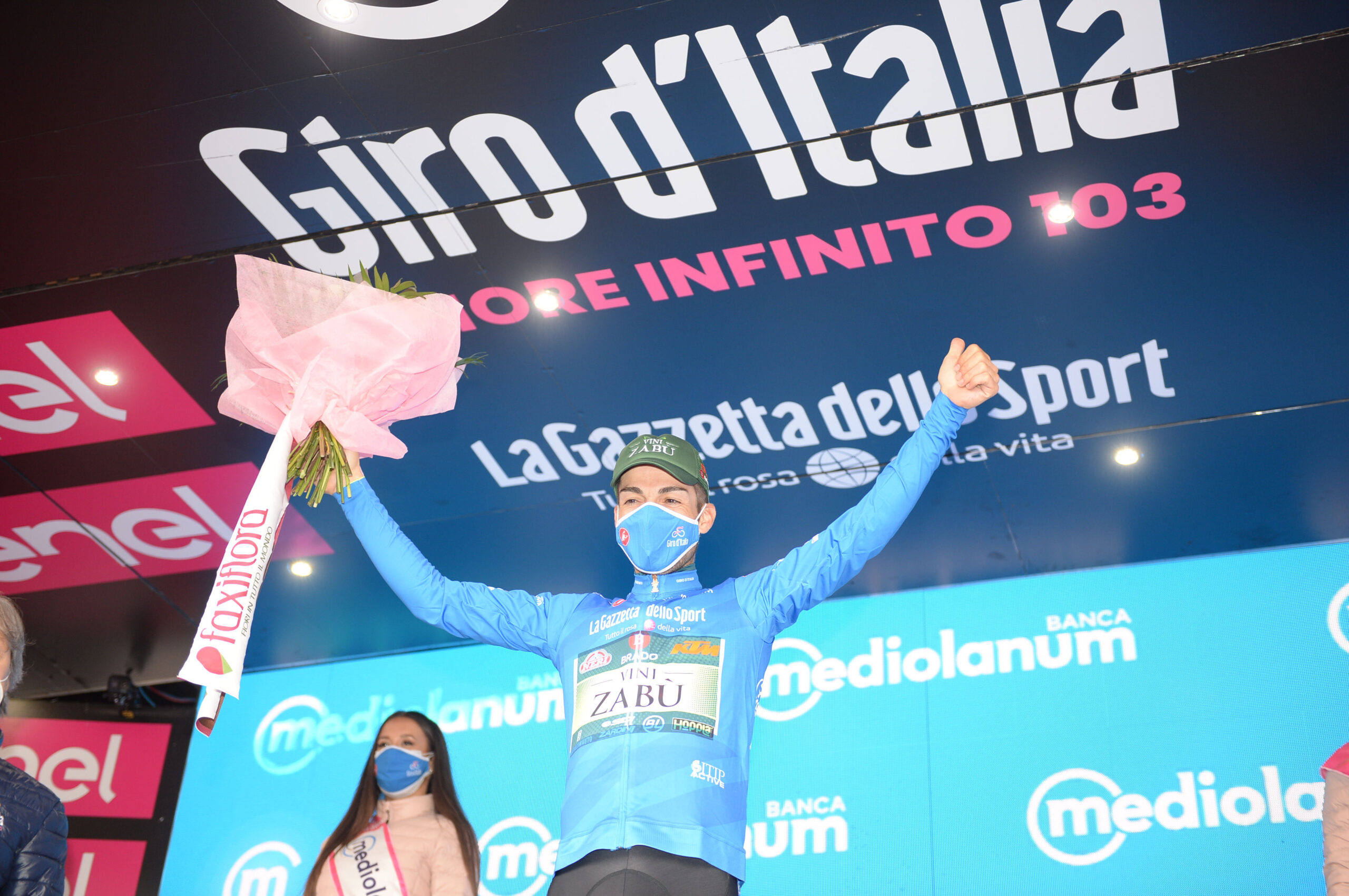 The first day on the Dolomites of this Giro d’Italia has been amazing for the team Vini Zabù – Brado – KTM that has well celebrated on the podium with Giovanni Visconti, new leader in the KOM classification.

The start was given in a wonderful scenario, the military base of Rivolto where the Frecce Tricolore has welcomed the race that was fast from the beginning with a 12 riders breakaway that was including Giovanni Visconti and, in a first moment, Edoardo Zardini.

After a duel that has lasted for more than 40 kms, the breakaway was having a good advantage with Visconti who was first on Sella Chianzutan and Forcella di Monte di Rest achieving 36 points and opening a gap with Guerreiro who wasn’t able to join the attack.

At the bottom of the third KOM, Forcella di Pala Barzana, Rohan Dennis and Thomas De Gendt attacked with Visconti who was trying to follow their pace ending 50″ behind the australian rider and taking other 6 points extending his advantage for the Blue Jersey in 31 points.

With 11 kms to go the siciliano rider was caught by the Maglia Rosa group where the british Tao Geoghegan Hart sprinted for the victory in Piancavallo.

After the finish line, and the confirmation of the leadership in the KOM classification, Giovanni Visconti went to talk with the journalists in the mixed zone.

“Today it was a good day, I felt very well and this has been confirmed by the fact that was hard to be in the breakaway. My main goal is still to win a stage but to be on the podium with this jersey is still a great result and I’ll try to bring it to Milano. Piancavallo is an historical climb where Marco Pantani wrote an important page of his legend. We are born in the same day and I’d love to win like I did in the past on the Galibier but unfortunately the peloton didn’t let us go but be sure that I’ll try again in the third week”.

Five stage with two uphilli finish. This is the Adriatica Ionica Race that will start…