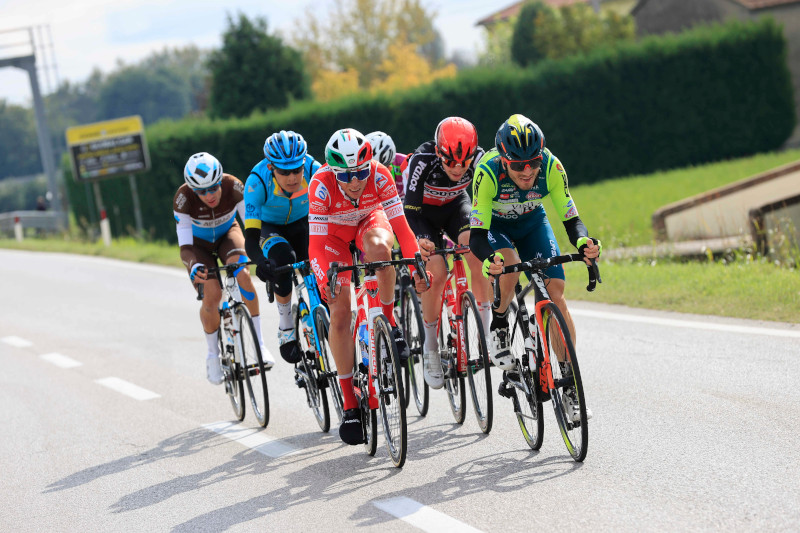 Team Vini Zabù – Brado – KTM again on the attack in this Giro d’Italia in the 13th stage from Cervia – Monselice, won by Diego Ulissi.

First time in the breakaway for the bergamasco rider who led the race together with Tonelli, Vanhoucke, Bouchard, Contreras, Pellaud and Ravanelli, but the peloton didn’t let them more than 3’30”.

On the first of the two KOM of the day Tonelli and Bouchard have attacked while behind them the Maglia Rosa group was splitting with Giovanni Visconti who was able to reach the top together with the GC favourites.

When Rota and the rest of escapees were caught, Visconti has tried to remain in the main group also on the KOM of Calaone but he was dropped and he couldn’t bridge to them in the final flat part.