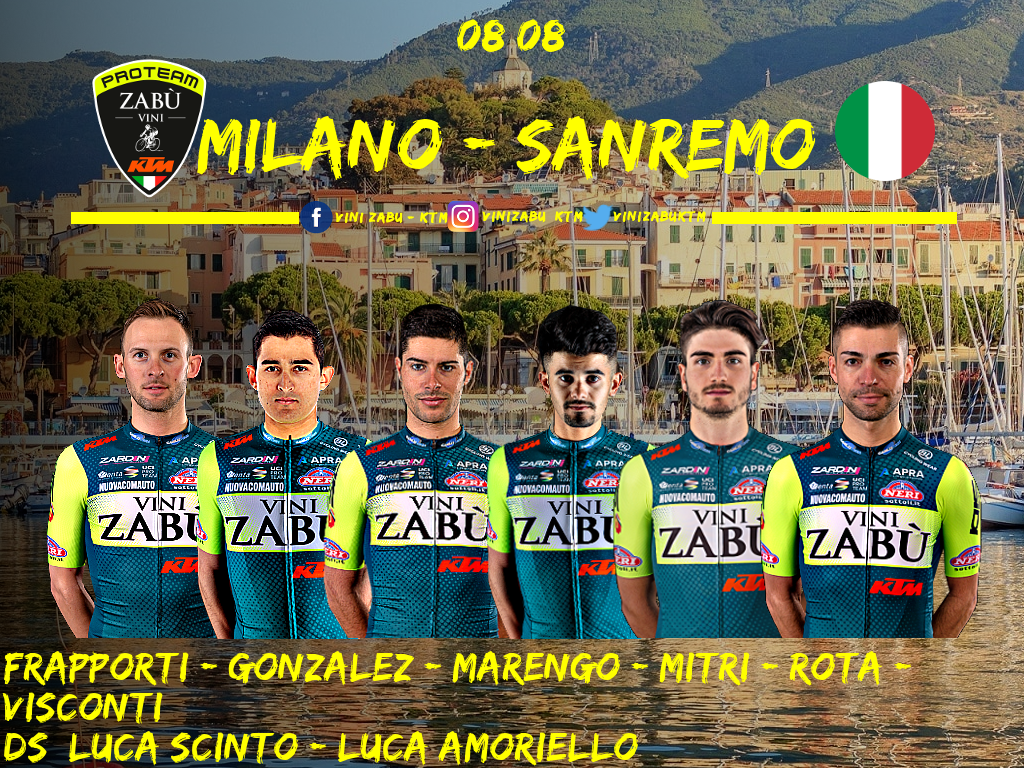 An historical Milano – Sanremo, for the first time in august, and first Monument Classic of the season for the team Vini Zabù – KTM.

The team managed by Angelo Citracca has received the wild card for race organized by RCS Sport for the 11th time in 12 years of history, having skipped only the edition 2015.

Giovanni Visconti will be starting the race for the 12th time in his career, and he will be the captain of the team directed by Luca Scinto and Luca Amoriello, a team that counts on two riders like Marco Frapporti and Lorenzo Rota who were able during the previous editions to be in the early breakaways.

For the second year in a row Umberto Marengo will be racing his favourite race in a team completed by two young riders like James Mitri and Roberto Gonzalez who will make history as the first panamanian rider to take part to the Classicissima.

TOUR OF UTAH: MANUEL BONGIORNO ENDS IN THE TOP 15

An amazing experience. This was the Tour of Utah of the team Neri Sottoli -…

ADRIATICA IONICA RACE: DAYER QUINTANA WAS CLOSE TO THE WIN IN THE QUEEN STAGE

Great performance of Dayer Quintana in the queen stage of the Adriatica Ionica Race, with…