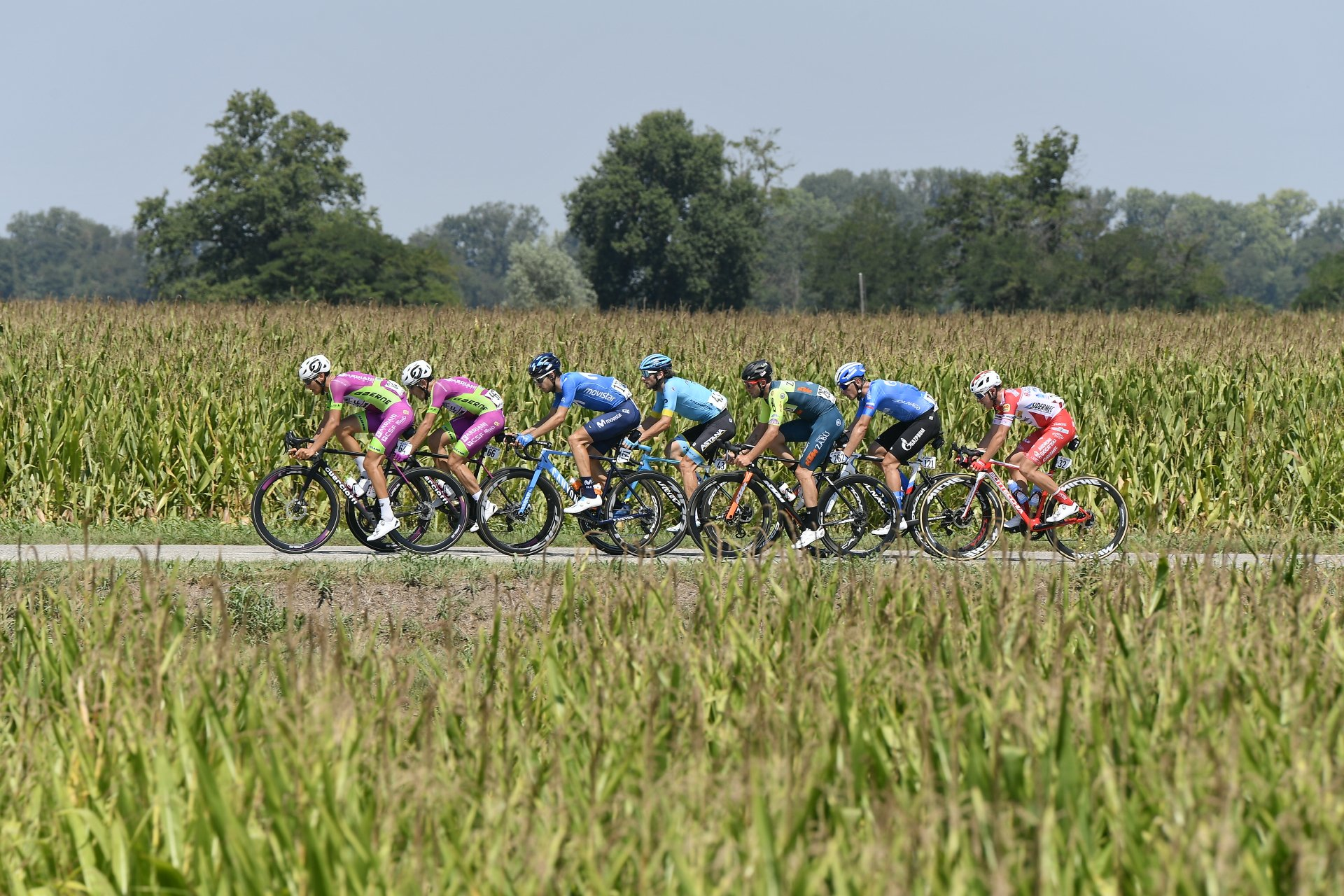 A crazy and warm Classicissima with a strong performance of the team Vini Zabù – KTM along the 305 kms of the new route between Lombardia, Piemonte and Liguria.

More than 270 kms of breakaway for Marco Frapporti, who attacked after 2 kms together with Mattia Bais, Manuele Boaro, Alessandro Tonelli, Fabio Mazzucco, Damiano Cima and Hector Carretero. 6’30” the maximum gap for the race leaders that on the new climb of Colle di Nava were losing members and gap with the bresciano rider, who was already in the breakaway in 2015, as one of the last riders to get caught with 35 kms to go, just before the climb of Cipressa.

There were a lot of attacks in the peloton and one of the most active riders was Lorenzo Rota who attacked together with Giulio Ciccone but their attack ended on top of the ascension while the peloton was losing some important pieces.

“I’m happy with my performance – says Rota after the finish – I was able to stay with the best riders of the world almost till the top of the Poggio but I couldn’t join them on the downhill. To be the top finisher for the team Vini Zabù – KTM it’s a great sign and I’m confident for the next races”.

The Poggio was the theatre of the decisive move made by Julian Alaphilippe with Wout Van Aert on his wheel and the dutchman was the fastest rider in the sprint.

Rota ended in 28th place, 13″ behind the Jumbo – Visma winner, with Giovanni Visconti in 50th place at 2’14” after that he lost some ground because of a crash of some riders before the Cipressa.

Next wednesday a new RCS Sport race, the Gran Piemonte

TOUR OF SLOVENIA: GIOVANNI VISCONTI ON THE PODIUM IN THE 3RD STAGE

Second podium of the season for Giovanni Visconti that in Idrija, finish of the 3rd…