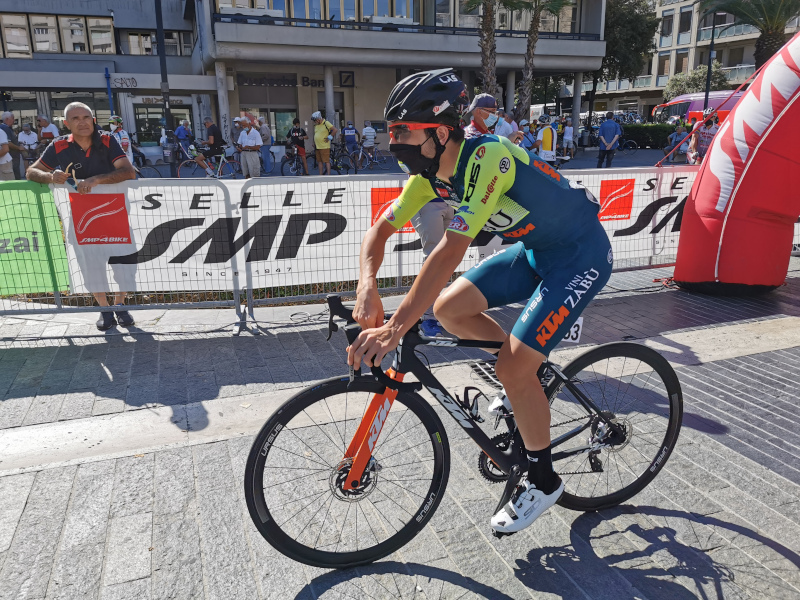 It wasn’t the day that the team Vini Zabù – KTM expected in Pescara where Valerio Conti won a very warm edition of Trofeo Matteotti.

The rider of the team UAE Emirates has attacked with 5 kms to go after the KOM of Montesilvano and he was part of a small bunch of riders that was including Lorenzo Rota, who was in front from the previous lap, and Luca Wackermann, who was able to bridge in the following kms.

In this bunch there wasn’t Giovanni Visconti who couldn’t avoid the collision between two riders in front of him at the feed zone and he crashed hitting the right leg on the pavement.

He was able to restart and go back in the peloton, helped by Marco Frapporti and Edoardo Zardini, but he decided to quit with two laps to go, saving energies for tomorrow’s Memorial Pantani.

TOUR OF SLOVENIA: GIOVANNI VISCONTI HAS WON THE 4TH STAGE

He wanted this win so much and he finally got it. Giovanni Visconti has won…

TOUR OF TURKEY: BERTAZZO AND SCHONBERGER, BREAKAWAY AND TOP 10

GAVIRIA WON THE STAGE, WACKERMANN IS NOW 2ND IN THE GENERAL CLASSIFICATION

The Tour du Limousin carries on and registers the win of the colombian Fernando Gaviria.…